I’ll never forget the day he introduced himself.

He knocked on the yoga studio door in a rather polite manner. 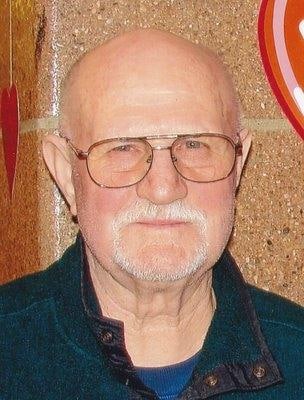 Meet Gay Powers, the 81-year-old gruff, abrasive and if anything colorful neighbor of Just B Yoga. He co-owned Powers Motors, which used to occupy the white garage next door, before a fire a few summers ago left it charred and vacant.

Gay died a few weeks ago.

My doorbell rang on a Sunday evening. As I came down the steps I was a little startled and confused at the image of a man who looked like Gay, just about 10 years younger.

“I’m Ray Powers. Did you know my brother Gay?”

“Well, he died Friday. He had a heart attack. He was driving and he crashed and he died.”

I gave Ray my condolences and he and I chatted about what would happen with the garage. Did I know anyone who was interested? His wife wants to be done with it.

If you’ve been to Just B Yoga even just once you probably have a memory of Gay.

Gay was Just B Yoga’s and certainly my own point of practice. Finding reason with a person who embraced rage was hard. Finding love was even harder.

But I worked at it and I found spaces of laughter and light inside the man who always told me he would send his wife to do yoga (never himself).

Gay’s only volume was loud.

He could be standing next to you or across the street and his voice was the same – a shout.

He’d oggle at students. He’d regale me of his masculine prowess even in his 80s. He knew he could rock my world.

“Linna, you making money? I see a bunch of people going in and out of there but are you making any money?”

It didn’t seem to matter when I tried to tell him about the donation-based model.

He loved to give me the salacious details of girls gone wild in the back seat of his taxi. The trip from Portland, Mich. was classic.

When Just B Yoga was new he was often trying to give me tips and pointers.

Where I should put my signs.

How about nailing one to his tree?

And then there were the times Gay would play Peeping Tom.

I remember teaching a power yoga class with my back to the front window and turning to see Gay at the window with his hands cupped around his face, head pressed to the glass.

When he still worked in the garage I checked in on him. He would work under cars without a stable lift or supports (once I found him under a car that was standing on oil drums!). I would bring him water on hot days. I’d make sure a car hadn’t crushed him.

Relations with Gay were delicate, unstable and unpredictable.

He threatened one of my students in the first year.

He argued that access along the side of the building could be obstructed because he owned the alleyway. He would ban her from being able to step on his property.

Priscilla and Gay, turns out, have a decades-long neighborhood feud.

Needless to say, she stopped coming.

He had an on-again, off-again agreement on parking on his mainly vacant property.

His off times overshadowed his on times.

He blamed me for the fire at his garage, saying I could have let his assistant use the hose on the side of my building and he would have had less damage. (The fire department kept us away from the building and before they even arrived the car that was on fire was making sounds like bullets were exploding).

Over the years I rode the fluctuations of Gay like a wave. One day he wanted to tell me dirty stories like I was one of his pals. The next day he wanted to blast me saying I was the source of all ills. Then he’d be gone for a week and we could do the dance over again.

I’ve commiserated with some friends about Gay. I’ve consulted with others on what I could do.

I have meditated on him and reflected in practice asking for patience and for enlightenment as to the lesson I was to learn.

The day Ray came to my door, I truly felt a sadness.

I might not be able to say a friend passed away. But he was a part of the life of Just B Yoga.

He won’t tell me about his hopes for his grandson again.

He won’t yell at me about parking.

He won’t tell me stories about the olden days on this very block – who lived where, who cheated whom, who still owes him money.

Gay Powers was a husband, father, grandfather. Looking at the guest book on his online obituary you can see he was cherished and loved.

Life is short. The lessons are ours to live and learn.

Rest in peace Gay. Thank you.