Yoga and activism helped me find my focus

“The traditional purpose of yoga has always been to bring about a profound transformation in the person though the transcendence of the ego” (Feurstein 1).

My initial thoughts of the march, I was expecting a battleground of some sort, a reenactment of the Detroit riots, tension, frustration, resistance from the police, pepper spray, tear gas, total chaos! My yogic practice was to keep my meditation among all the mess. To my surprise, it was one of the most peaceful protests in U.S. history.

The projection of misogyny, racism, bigotry, and hatred that Donald Trump continuously expels, fills me with an unfamiliar sense of hopelessness, pain, and overwhelming anger. To be in front of the capitol with thousands of people from different backgrounds, classes, ideologies, and identities standing together to protect women’s rights, LGBTQ rights, racial justice, freedom of religion, immigration reform, health care, protection for mother earth, and workers’ rights took unity to an astral plane I had only read about, yet finally sampled. 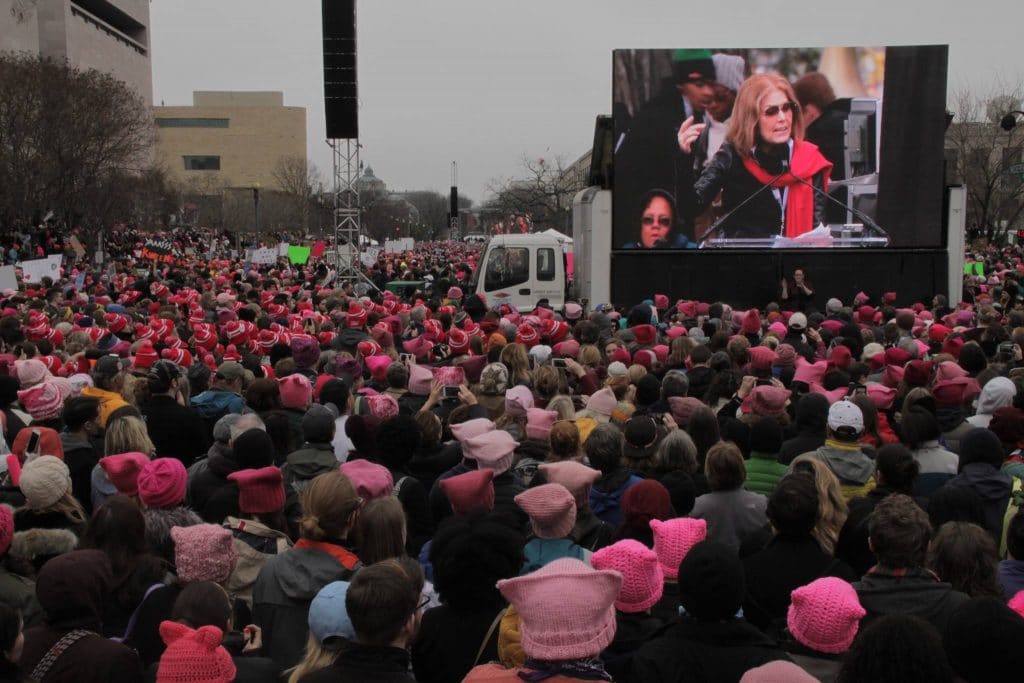 Integrity of the collective people, is a part of the yogic process. To be genuinely united with one’s community, environment, spirit, and energy is a part of yoga that I had forgotten.  One of the meanings of yoga in sanskrit is “union.” Before the march, my idea of the unity within yoga was more internal, focusing on the context within my own life. Union with my mind and my body, being able to focus on a minute hair on my arm. Feel the air against my skin. Not to collectively feel the pain and suffering of all marginalized people. I am not saying I was not sympathetic coming from a family who came to the United States to experience racism, violence, and oppression- but my family was not bought, sold, arrived in shackles, or considered a terrorist. Yet, to have over 2 million people in the United States (4.8 million worldwide) standing together confronting the pain and suffering of the all marginalized communities, genders, and the earth, and was an epiphany that I had been living in a very self-centered manner despite my global travels.

As I slowly process the aftermath of the march, the residual embers are still burning hot, really to engage, and help the community. To become a leader, a better listener, and truly compassionate, and more empathetic especially with regards to trauma. People are like onions, we have many layers. Trauma is not the layer often revealed, even when it is revealed,  the majority of the time, I am left speechless, unaware how to relate. I need to incorporate this confronting trauma and suffering in our communities,  people, and planet. This is an integral part of yoga. United we can build a stronger community, a better country, a better world. Over 4.8 million people marched in solidarity together showing we do not stand for this hatred, ignorant, misogynistic, homophobic, islamophobic, xenophobic, eco-terrorism bigotry. The collective action is in motion.. The march would not have been possible if that woman did not send out a small facebook group invitation. It then spread like wildfire. Even more inspiring, this woman had never before organized an event in her life. Ludicrously, the march has been planned in only two months.

Leaving on a small bus to Washington D.C. rented by two people that originally had four confirmed guests, crammed full with 15 people whom didn’t really know each other, together, sleeping, eating, marching, and laughing. That is nothing new to me, except these were all people from the place I had so much resentment for, Lansing, Michigan. A decent amount of whom were activists and well versed with collective action. Some had even organized a few buses from LCC to Georgia to join the protests for the School of the Americas that are held once a year. A few had invited peace activists to speak in the Lansing area, one was even a conscious rapper, some were canvassing for non-profits. 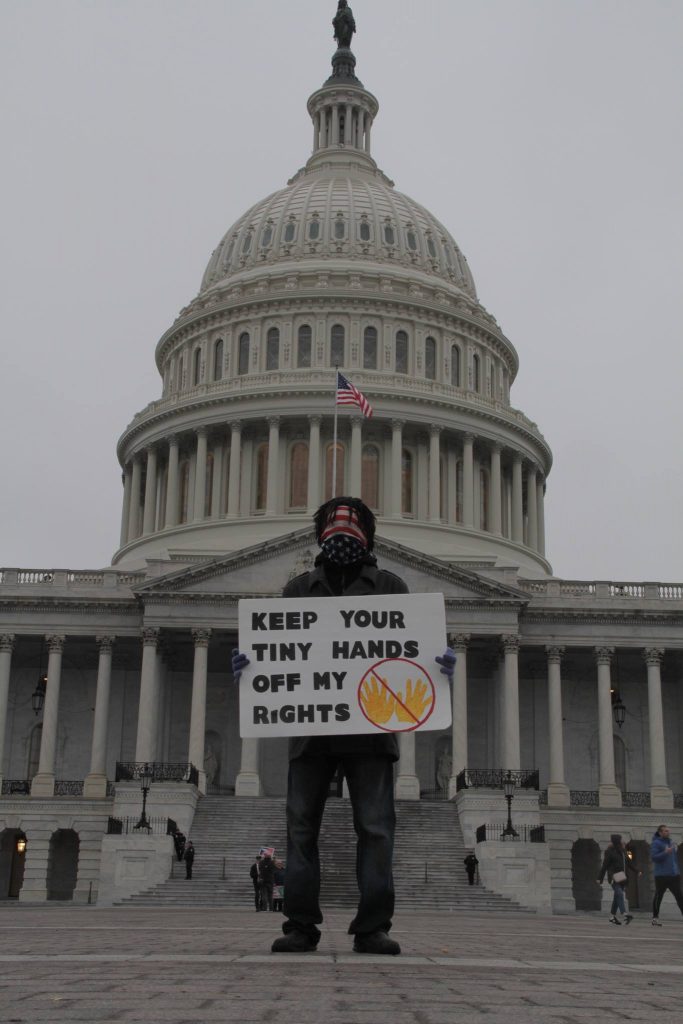 Build bridges not walls. Going to the march has instilled the necessity for compassion, and integrity inside of me along with a burning flame to work collectively with the community to do my part and give back.

Yoga is a way with finding harmony with oneself. Our society is filled with desperate and emotionally undisturbed and spiritually unfulfilled individuals.

Donald Trump is president. The pipeline(s) have been resumed.

I would like to give back to the community what yoga and meditation has given to me, better connection with the mind and body, clarity, true happiness.

The unification I witnessed this past weekend, the love, and integrity, raised my spirits and I really feel as if we can over come (over comb) this monstrosity. Whether it be a mental blockage, physical ailment, pain, sorrow, that pesky pigeon pose, nothing is impossible to triumph…

In other words I plan on incorporating the constant reminder that first we must focus – discipline is key.

Second, we are a community, sharing the same space, but not the same body, everybody’s yoga posture is different.

Third, the revolution will not be televised.