Step by step: Revelations in a walking meditation

I led a group of about 7 people on a walking meditation recently. It was one of my workplace clients and our room had been changed to a conference room.

I removed as many distractions from the room as I could. We cleared the white board of the project work that was scribbled there. We took extra equipment out of the room. It was quiet and we darkened it a bit by drawing the blinds.

I set the stage that we would be walking silently and slowly but that everyone would find a pace that works for them. If they needed to pass they would do so on the left and bowing to the person you were passing.

I would be sounding a singing bowl intermittently to guide their minds back to being in the room, in their steps, in their breath.

The pace was rather swift initially. I could feel the line qeueing up behind me as I found my slow mindful stride. No one passed me. 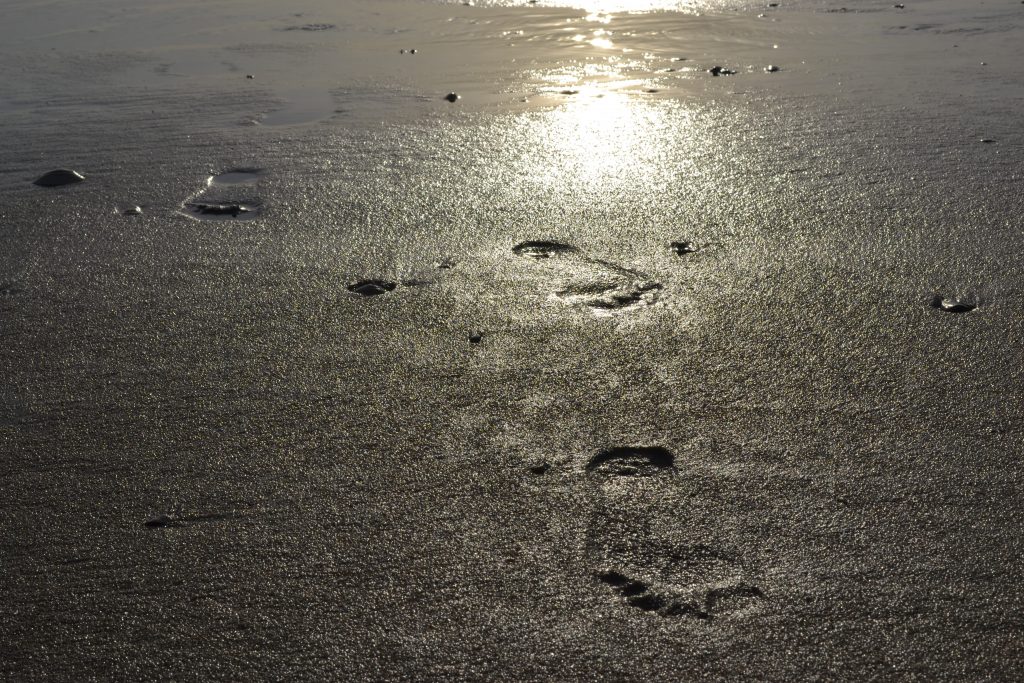 One woman had her eyes closed and her hand touching the wall as a guide.

Less than 10 minutes in someone left the room.

A few minutes later, another person left our group.

Those of us who remained continued our walk.

There were some deeper slower exhales.

The stride started to really slow.

And then 25 minutes were up.

We closed by bowing to one another.

“I didn’t know where to put my eyes and my gaze.”

They talked about how they felt about their coworkers leaving. It was hard, a few said, to watch another person be uncomfortable. Some said they used the awareness of their departure as a tool for their own meditation. Could they let it go and keep walking?

The next week one of the people who had left walking meditation early returned to class. We were doing a seated visualization this week. She sighed in relief. Then she profusely apologized for leaving abruptly the week before.

I said there was nothing to apologize for. She experienced something and made a choice about what was best for her at that time.

But she wanted to share what she confronted in the few paces she had taken.

She said the walk had amplified her thoughts and her anxiety.

She felt like she wasn’t going anywhere or getting anywhere. She said walking reminds her of all the things she needs to get to, to achieve, to check off the list. Walking means doing, working.

I thanked her for sharing and I took a sigh and let out a breath of compassion and empathy. I don’t know what it’s like to be inside myself with discomfort in a walk. But I do know if I didn’t feel safe or at peace I would need to change it. Maybe run instead. Maybe sit.

She said sitting and lying down are best for her because it turns off her mind. Moving keeps the mind in a cycle.

I think this is amazing self-awareness.

Again, I assured her that her choice was right for her and I celebrated her willingness to give it to herself.

The other participant who had departed also apologized the next time I saw him. HIs response was a little different. The room we were using was a conference room that he has meetings in frequently. He said he couldn’t get out of his project mind and his work mode. I had tried to remove as much as I could out of the room. I cleared the whiteboard. I had removed papers and phone lines. But it was still a room where he had worked, not the normal space we use that isn’t a regular work space for him.

Still, this was a good observation for him as well. He needs more distance right now from his work pace and environment in order to bring his gaze within. He laughed and said he felt like it was an “advanced” level of meditation that he needed to work his way up to.

I laughed with him.

It’s not that it’s advanced. It just offered a different engagement with awareness and confronting our thoughts.

Those who did the entire walking meditation shared a variety of experiences. They are not the “good” meditaters for staying, by the way. They just had a longer practice that day.

Some noticed their walk steadily slowed in pace and their minds slowed with the pace.

One woman observed how her body felt more wobbly and less balanced the more attention she gave it.

Another couldn’t believe a half hour had elapsed. It had seemed so short.

Next time I will give them notice that we will be walking, so they can choose whether to come or not. I’m even thinking of making a meditation schedule and we will rotate from visualizations, to quiet sitting, to guided to walking.

It’s a blessing to have any of them wishing to take a half hour out of their work day to do meditation at all. I want to make it the least stressful possible.

Each time we step into our meditative experience we are opening ourselves up to what is revealed, what we can notice.

We all are walking a different journey and differently.

How we engage with what we observe is a part of that journey and a new layer of practice itself. And then we let it go and start again.