March for P.E.A.C.E in Lansing

Just B Yoga will attend the Keep the P.E.A.C.E. march Saturday on Lansing’s east side. It is imperative to be there as a Lansing resident, as a Lansing business, as a Lansing yogi. 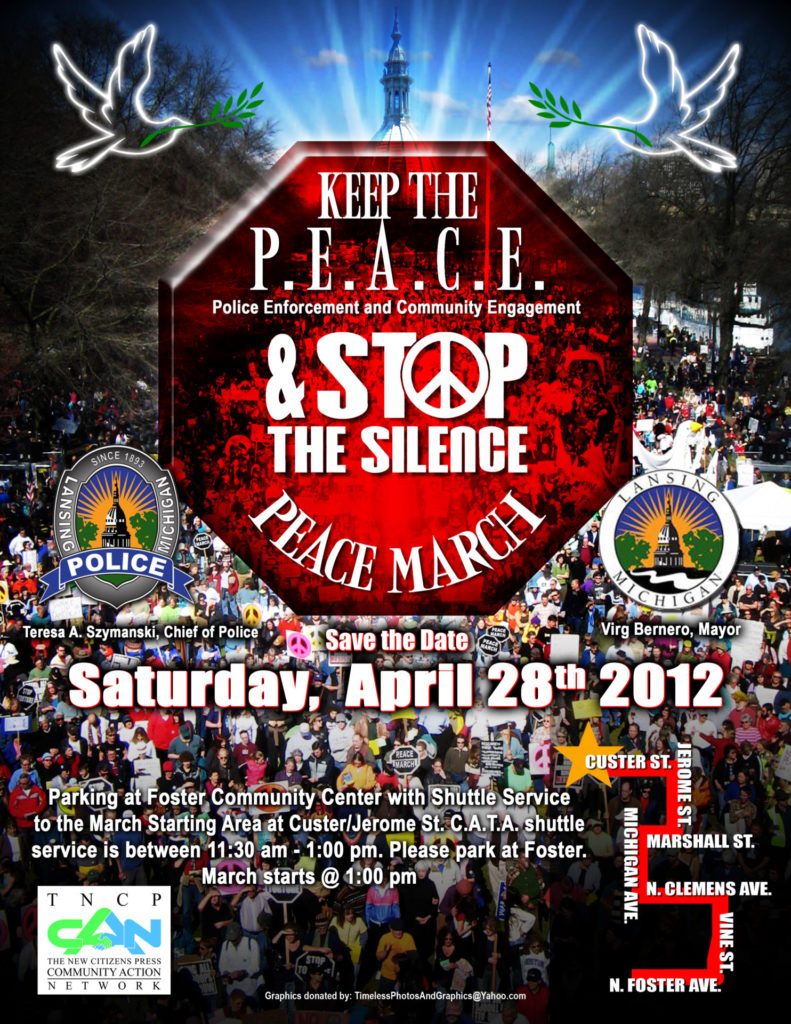 The march begins at 1 p.m. and ends at the Foster Community Center.

Our city has so much potential. Just beneath our rusty exterior lies a shiny coat of armor we haven’t yet let shine.

Much of the crime in our city is from desperation, a lack of options, ignorance, lack of chances.

We will knock over our brother or his store to get that short-term gain which is short-lived and exchanged for long-term anguish often ending in  incarceration. That in turn, spreads suffering to their families and our greater community that foots that bill.

Then there’s the senseless violence – sometimes out of a split second of not thinking and giving in to our emotional states. Sometimes out of knowing no other way – a culture of violence breeds violence. I know. I came up as a teen in the early 80s in D.C. – as crack cocaine was rising and gunshots replaced the sounds of double-dutch and basketball on my street.

It hasn’t stopped. It’s just another day in another city.

Our children are being shot and killed. Our elderly are being abused. Our neighborhoods held hostage.

Even as that is true, Lansing is also a victim of the PERCEPTION of being OVERRUN with crime. Across Twitter and Facebook the criticism and jokes about the degradation of our city is troubling. We can’t turn our backs and run. Don’t leave and turn around and criticize from outside. What did you do when you were here? What voice did you speak with?

What did you do to be heard?

What did you do to change the PERCEPTION and display another side of our community? The creative and innovative side? The generous and supportive side? The resilient and brave side?

That’s what tomorrow’s Keep the  P.E.A.C.E. march represents to me as a resident and business owner and yogi in this town.

Just B Yoga is about living the practice of yoga. Not in a “mightier-than-thou” kind of way. But in a “do-the-best-you-can” kind of way. If walking through the streets of Lansing hand-in-hand with our neighbors helps strengthen our voice it’s my obligation to be there as a citizen, as a human practicing being.

In the end I get to meet and greet neighbors who have a passion about our city. I get to hear their message and join mine with theirs.