There’s 1,500 people out there who have chosen to let our status updates into the stream on their newsfeed. Maybe someone asked you to. Maybe you actually come to the studio for classes. Maybe you support what we’re doing to make yoga affordable and accessible.

Ultimately the number of likes on a social media network isn’t very important.

It’s what we do with each other and for each other that gives us the “reach” that matters.

So in honor of the meaninglessness of 1,500 likes on Facebook, here’s a list of key things that happened in history in the year 1500 AD From HistoryOrb.com

Let’s hope our 1,500 fans make an impact with this number in a more peaceful, compassionate and socially active way.

There’s a lot of you and that means there’s a lot of power in your numbers. You call could fill 20 percent of Cooley Law School Stadium or 25 school buses.

So what can you do with all your power? 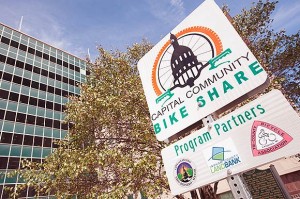 If each of you walked or biked you could cut greenhouse emissions significantly.

If each of you spends $100 at locally-owned businesses it would have a $102,000 impact on the local economy, according to the Institute for Local Self Reliance. (it would be $64,500 if you gave the money to a chain)

It would only take 100 of you to fill the local Meals on Wheels need for volunteers.

Hug, pet and adopt a dog or cat at the Ingham County Animal shelter

(Seriously, thanks for liking us on Facebook! Now go forth and do good things)